Genshin Impact 2.4 leaks have revealed Shenhe's animations, including her normal attacks, skills, and burst. Fans can also see her idle animations that reveal her skills as an exorcist similar to Chongyun. Players have been waiting for Shenhe's release into the game for quite a while, as her model was originally leaked early on into Genshin Impact.

Now, her gameplay has finally been leaked and she seems to be a powerful Cryo character. With sweeping attacks and an ally she can summon to deal savage strikes, gamers definitely won't be disappointed by Shenhe's animations. 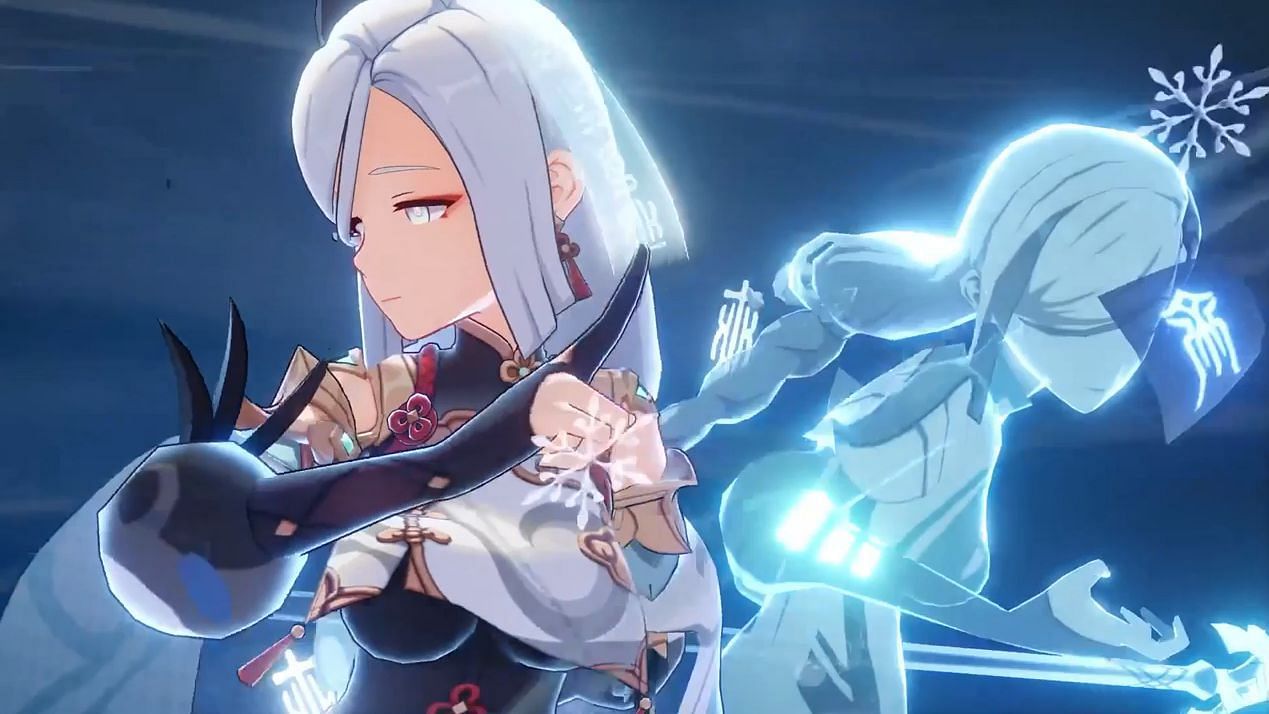 Shenhe's Elemental Skill has two abilities depending on whether the player taps or holds the button. When tapping the button, Shenhe will dash alongside her sealed spirit, dealing Cryo damage to enemies in her way. This looks like it can deal a good amount of damage and covers a decent distance.

Genshin Impact 2.4 leaks have also revealed Shenhe's Elemental Burst, which will allow her to summon her sealed spirit into the battle. The spirit will deal AOE Cryo damage continuously, and leave a field that debuss enemies within its radius.

Depending on the damage of the spirit, this could be an incredibly powerful ability. It will also be useful thanks to its debuffing effect, and players with good timing could utilize the strikes to dish out some huge reactions.

Samsung, like so many other tech giants, isn't phy...

OnePlus to become a sub-brand of Oppo, according t...

Ring treated cops like influencers in a bid to boo...

Shenhe standing in front of the house she has a pi...